We recently completed work on a large detached stone property, which had a large stone extension, that had started to show evidence of penetrating damp from the outside walls. This can be typical of this type of property being made out of stone. Stonework is porous which eventually will pass moisture through to the internal walls.

Initially, all the internal plaster had to be removed from the large extension before a DPC and a floor to ceiling membrane could be installed throughout the room. Care was taken, as the property had wooden floors which had to be protected beforehand. There was quite a lot of preparation before the main work started which was quite time consuming.

Preparation of external stone walls to the outside of the property. This is acheived by a ‘creaming process’ which acts as a moisture barrier, whilst at the same time treats the stone. 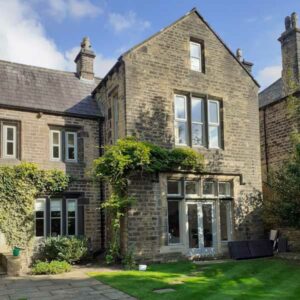 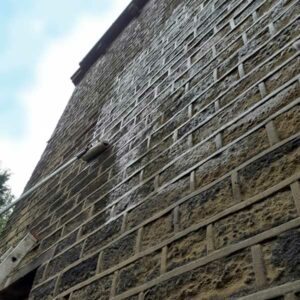 Once the plaster was removed a full DPC and wall membrane could be installed. The property was a large period property with a lot of  features that needed to be considered. 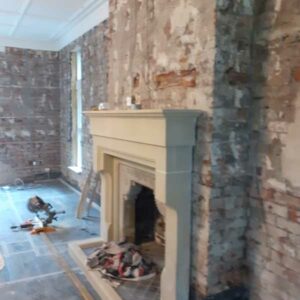 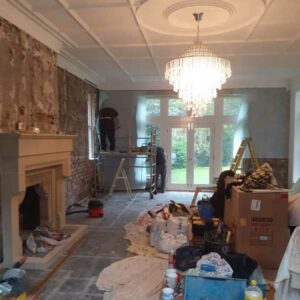 Once the main DPC and Wall Membrane was installed the internal wall could be boarded and skimmed throughout. New skirting boards where installed which had to be specially ordered due the the size of boards required for the period property.

The floor was cleaned and the impressive finished room was ready to be redecorated. 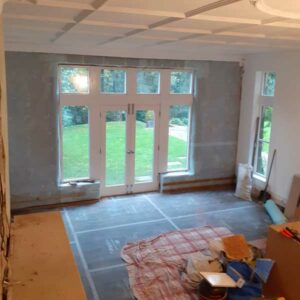 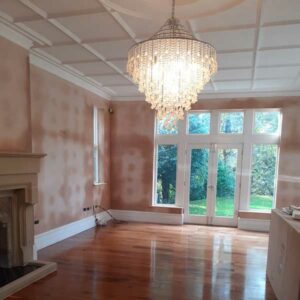 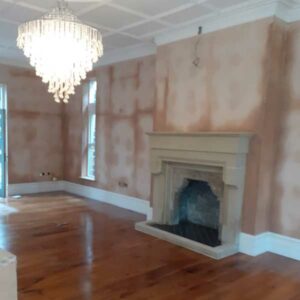 Externally, it was also discovered that the existing pathway to the side of house was also causing an issue.

The existing pathway was higher than the existing damp course which in turn would be another factor with the penetrating damp issues the customer had been experiencing. The pathway was dug out below the external DPC level and an extrnal membrane installed.

The pathway was then back filled with ‘Pea Gravel’ to form a new pathway which allowed any future water to drain away. 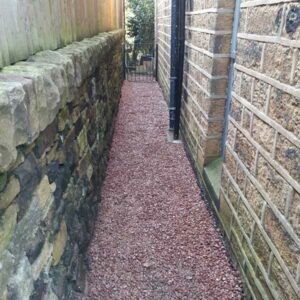